An end, and a new exciting chapter

This is the last post on the @ Your Library blog.  You'll find our weekly columns, as well as book reviews, interviews with authors, and other things of interest to library lovers, over at Off the Shelf.
Posted by Library Detective at 11:23 No comments: 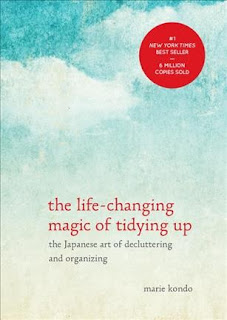 Your Library can help you with your New Year’s resolutions by supporting you with free, reliable information and services.  Speaking of free, if you resolved to save money, then plan regular visits to your Library.  All four locations have free wifi, computers you can use to access the internet, newspapers and magazines to read, and books, movies, and music to borrow.  We also have space you can use to play with your kids, study quietly, or meet with friends.  Through our website you can access streaming music and movies, eBooks, online language learning, and databases filled with useful information from trusted sources to help with your homework, hobbies and projects.


Library programs are free, and offered for all ages.  Programs range from storytimes, puppet shows, and children’s crafts, to book clubs, crafts, genealogy, informative and entertaining talks, financial advice, writers groups and movie screenings. Our online calendar is where you can find out what programs are happening.  Visit our website, www.tbpl.ca, and follow the link under “Get Involved” to the calendar. If there’s a program you would like to attend, but which we don’t offer, let us know!


If you resolved to become more active in your community, considering joining our Community Action Panel, Indigenous Advisory Group, or Youth Advisory Council. The Friends of the Library is an active group of volunteers which would also be happy to have you join.  Their work includes running two “Book Nook” stores which sell used books, both Library discards and donated material.  They also help deliver books as part of our Home Service program.


Are you planning to learn another language this year? “Transparent Language” is an interactive, fun, online language course you can access with your Library card.  Go to www.tbpl.ca/learnalanguage to find out more. Over 95 languages are offered, including Cree and Ojibwe, and English as a second language.  We also have language-learning book and CD sets, and a variety of dictionaries and phrase books you can borrow.


Looking to improve your health in 2018? Visit your Library for cookbooks, exercise videos, and workout advice.  Cook Healthy and Quick is one of the many cookbooks you can borrow.   It includes step-by-step recipes, detailed nutritional information, and easy variations.  Which comes first, cardio or weights? by Alex Hutchinson helps navigate the often contradictory advice about exercising. He uses a science-based approach, and offers the latest in research from around the world. Helpful diagrams and practical tips are included. We have a variety of workout DVDs ranging from yoga and chair aerobics to Dancing with the Stars!  Have some fun and dance your way to a toned body with pro dancers from the popular TV show.


If de-cluttering is on your list of things to accomplish in the coming year, we have lots of books to help you with that.  Marie Kondo’s popular book The life-changing magic of tidying up: the Japanese art of decluttering and organizing teaches readers how surrounding yourself with objects that “spark joy” can change your life.  If you can’t bear to part with your stuff, Stanley built-ins and storage by David Schiff is for you. Schiff provides instructions for 17 projects for all areas of the home, from the mudroom to the attic.


Improved money management is a perennial New Year’s resolution. Plan to attend one of the free programs with Kara Polson at your Library in January.  On Tuesday January 16, 6:30 - 8:30 pm, meet with Kara in the Brodie Fireside Reading Room to chat about where to begin to work on your financial goals.  Kara will be at the Waverley Library on Wednesday January 24th, 6:30 - 8:30 pm in the hubHorth area on the ground floor.  She’ll be back in February at both locations (Mon. Feb. 12 at Brodie, Wed. Feb. 28 at Waverley) to focus on RRSPs.  We have a wide range of books about financial planning as well.


In my admittedly biased opinion, the very best thing about any Library is the staff. In 2018 resolve to get to know the folks working at your Library. They are passionate about helping you connect with the information you need, igniting the love of reading in children, and sharing all the Library has to offer.


Joanna Aegard
Posted by Library Detective at 06:30 No comments:

Sunday December 24, 2017 The Heart of the Community 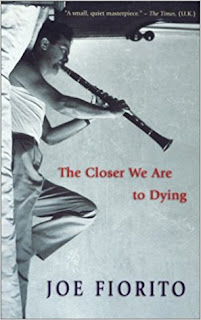 In his remarkable autobiographical account of growing up in Westfort, The Closer We are to Dying, Joe Fiorito tells a story about his grandmother and the nearby Fort William First Nation:

‘My grandmother was terrified of them. She awoke one morning to find that someone had come in the night, silent as a shadow. A flitch of bacon was missing from the hook where it hung in the cold cellar. She had a vision of a throat cut in the night, and thanked God whoever it was had been hungry and not thirsty for her blood and the blood of her children.
A few nights later, the thief came again, but this time he did not come to steal. He left a hindquarter of deer, fresh and bloody, hanging from the hook where the bacon had hung. It was a message of some kind.
They are like us, she thought. We do not share colour or culture; we are of the same class.’

We are of the same class. This is a profound statement which suggests that class is not only more significant than race, but that it can bring different races together via a shared set of values.
Thomas Dunk reaches a similar conclusion in It’s a Working Man’s Town: male working class culture when he says that multiculturalism in Canada ‘does not recognize the structural basis of social inequality rooted in class relations.’ In his exploration of the nature of contemporary working class culture, Dunk examines the ordinary weekend pursuits of a group of young working class men (The Boys) in Thunder Bay. He shows that the function and meaning of gender, ethnicity, popular leisure activities, and common sense knowledge are intimately linked with the way an individual’s experience is structured by class.

Dunk discovers that The Boys do not have a developed theory of white superiority. Their prejudices are not the product of formalized justifications for white dominance over Indigenous people. They do not perceive themselves as dominant over anyone, but rather as the victims of a system which has mis-identified the true sources of social inequality. Their racism is rooted in the immediate experience of their everyday lives and in the prejudices and practices which are widely present in the culture of the Anglo Saxon world. They hold their views about Indigenous people because of a conflict over access to the resources of the state, because of a long tradition in which Indigenous people are employed as a symbol of otherness, and because, by holding such views, they demarcate themselves from the dominant social group.

For the Boys, what one thinks about Indigenous people is a sign of what side one is on in the struggle to assert one’s own moral and intellectual worth. In the Boy’s ideas about Indigenous people the dominant social group and ethnicity are important symbols because they relate to forms of knowledge and representation which are cultural expressions of class experience.

The vision of Thunder Bay Public Library (TBPL) is to ‘become the heart of the community – a welcoming and inclusive centre of social innovation and change.’ For this to happen TBPL must be relevant to the needs of everyone who lives, works or studies in Thunder Bay. The demographics of the city – both in terms of class and ethnicity – demand that TBPL becomes a community led and needs based Community Hub where relationships can be developed, values can be shared, and common needs can be understood.

John Pateman
Posted by Library Detective at 06:30 No comments:

Are you looking for a fun night or afternoon out? Then come to the Thunder Bay Public Library for our movie screenings! We’ve got nine really fun movies lined up for your viewing enjoyment over the next five months at either the Brodie Resource Library or the Waverley Resource Library. We’re even going to have a double feature during the holidays!

First up: on Thursday, December 21st you’re invited to watch The Polar Express. This is the magical train adventure that a young boy takes to the North Pole, based off of Chris Van Allsberg’s children’s book. That’ll be in the Waverley Auditorium at 6pm.

On Wednesday, December 27th, everyone is invited to our double feature of Home Alone and Home Alone 2! Home Alone is the story of an eight year old boy who is accidentally left behind when his family goes on a Christmas vacation. Home Alone 2 takes place a year later when that same boy gets lost in New York City. They’ll both be in the Brodie Story Hour Room. Home Alone is playing at 3pm, Home Alone 2 at 6:30pm. And don’t worry if you can’t make it to both - you are very welcome to sit in for whichever one you can.

On Friday, January 26th, teens are invited to Brodie for The Princess Bride. A former farm girl is chosen to be the bride of a prince; she is kidnapped to start a war with a neighbouring country. This is the classic movie full of “fencing, fighting, torture, revenge, giants, monsters, chases, escapes, true love, miracles…” The Princess Bride will be playing in the Brodie Story Hour Room at 2:30pm.

On Saturday, February 10th everyone is invited to come and watch The Boss Baby. In this cute animated film based off the picture book by Marla Frazee, a suit-wearing baby has to team up with his older brother to stop the CEO of Puppy Co. That’ll be playing in the Waverley Auditorium at 12:30pm.

On Friday, March 16th, teens are invited to Brodie for Raiders of the Lost Ark, the very first Indiana Jones movie. The archeologist and adventurer has to find the Ark of the Covenant before his rival, who is working for the Nazis. That’ll be in the Brodie Story Hour Room at 2:00pm.

On Friday, April 27th, teens are invited to come to Brodie for Grease, the classic movie about lovers from different social circles who try to make their romance work. Sandy is a good girl and Danny is a greaser; they fell in love over the summer and thought the romance was over until they find themselves in the same high school. That’ll be playing in the Brodie Story Hour Room at 2:30pm.

On Saturday, April 28th, everyone is welcome to come and watch Coraline. In this 3D stop-motion film based off the children’s novel by Neil Gaiman, Coraline discovers an idealized parallel world with dark secrets and has to escape. That’ll be playing in the Waverley Auditorium at 2:30pm.

So that’s our current lineup of movies between now and the end of April. I hope you’ll come and join us!

Shauna Kosoris
Posted by Library Detective at 06:30 No comments: